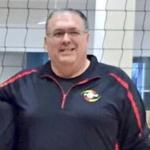 BIO: Arlie has been apart of IPVA for the whole life of the club. He is going on his 21th season. Arlie has coached multiple age levels over the years. Arlie is also the head volleyball coach at Grandview Christian High School.

BIO:  Morton has been with IPVA since 2009 coaching 16, 17 and 18's teams.  His teams have qualified for Girls Junior Nationals 6 seasons with a 3rd place finish at GJNC in New Orleans for 18's.  Coach Morton has also been a head coach in high school with stops at Ankeny, Des Moines North and Baxter.  As a HS coach he has accomplished the following:

BIO:  Missy has been major part of our club for 10 years.  Her Daughter Morgyn played for the club for 5 years and she has now taken on a coach/admin role for the club.  Missy is our current brains of the operation and runs the club from the background.

BIO: McKaylin (also known as Coach MaK) graduated and played for Ankeny High School, she went on to continue her volleyball career at DMACC. After her freshman year was over she ended up having to have a shoulder repair. MaK starting coaching while she was a freshman at DMACC being an assistant coach to Joe Morton where they helped take their team to GJNC two years in a row placing in the top 25 her rookie year and recently got 11th her second year. Coach MaK helps run summer camps and clinics. This will be Coach MaK's fifth year with IPVA.

BIO: Jonny comes to IPVA after having over a decade of volleyball experience at all age levels. As a Wisconsin native he began playing club ball in 2006 and continued to play collegiately. Starting at Bethel University he was an annual all conference and eventual All-American outside hitter before finishing his college career at the University of Minnesota as an All-Big Ten setter/right side. Jonny began coaching as a student manager in high school and immediately began working in camps before coaching club in the Twin Cities. While coaching club volleyball, he coached at Roseville Area High School where many of his graduates went on to play collegiately. He spent time in the gym with Gopher Volleyball while attending the University of Minnesota and continued on to Michigan State where he also ran the women’s college club program taking a team that finished last at nationals the year before to break in to the top 10 national rankings. That year he was also a national coach of the year nominee. After another brief stint in the Twin Cities, Jonny headed to Iowa where he joined the staff at the University of Northern Iowa. There he was a part of two NCAA tournament appearances. Last season, Jonny, worked as a graduate assistant at the University of Missouri – Kansas City where they defeated the UNI Panthers.

Currently, Jonny is volunteering with Nevada High School’s volleyball program while working at the elementary school. He lives with his husband, Tony and their husky pup, Rhea in Nevada. Non-volleyball interests of Jonny’s are traveling, board games and movies.

BIO: Kelsey is a native of Omaha, Nebraska where she attended Gross Catholic High School. She continued her volleyball career at Buena Vista University. Kelsey started coaching while she was still in high school for the club that she also played for, Rivercity Juniors. She coached 11-12 year olds. Kelsey also coached throughout her college years for Storm Lake's AAU program. Kelsey will be entering her second year coaching at IPVA. Her rookie year she helped her team get to AAU Nationals in Orlando, Florida.

BIO:  This is Cara’s seventh season coaching club volleyball and third season with IPVA. She most recently coached U15/U16 at Vinton-Shellsburg and took her team to the State AAU Tournament the past two seasons. Cara grew up in rural eastern Iowa where she played middle for Vinton-Shellsburg. Cara is still very active in the volleyball community and plays in many adult indoor and outdoor tournaments. Cara graduated from Iowa State University with a degree in Elementary Education in May, 2018 and currently teaches first grade at West Central Valley.

BIO:  This is Abby's sixth season coaching for club volleyball and second season coaching with IPVA. Abby grew up in the Quad Cities where she was a utility player for Platform Elite. She chose to stop playing competitively due to a knee injury.

She went on to the University of Northern Iowa where she double majored in Early and Elementary Education, then went to St. Ambrose where she got her Masters of Early Childhood Education. During her time in the Quad Cities, Abby coached 3 seasons at Davenport Central as a Sophomore and a JV coach. She also coached at Platform Elite as both an assistant and a head coach for various teams ages U13.

BIO:  Hannah is an IPVA alum, playing from 2009-2014 (with three national appearances) and is heading into her 2nd season coaching at IPVA, spending last season with the U18’s team, & heads into her 6th season coaching club. The Goodwin’s have been in the IPVA family for a straight decade.

She played all four years at Des Moines Roosevelt High School, and playing three years at Graceland University, stepping away her senior year due to an ankle injury; she worked her senior season as a coach. She has coaching experience for all age levels, including collegiate, spent a season helping the Drake Volleyball team, alongside indoor & outdoor ball experience.

BIO:  An all-conference setter her senior year at Grove City College (Pa.), Amy Trageser joined the Central College volleyball staff in 2018. Trageser is the top assistant to coach Jeanne Czipri, and works intensively with the Dutch setters. Trageser ranked sixth in assists in Grove City history as a setter with 2,357 while recording 879 career digs. She was the team’s only player to see action in all 212 sets over her final two seasons. Trageser was a second-team all-Presidents’ Athletic Conference honoree and four-year Scholar-Athlete. Previously, Trageser spent two seasons as graduate assistant coach at Piedmont College (Ga.). She’s also spent a year as head coach of the Lanier Volleyball Club after a season as an assistant.

BIO: Kim played high school and collegiately in Iowa and has been coaching volleyball since 2004. She has coached at the high school level in Omaha and at the club level in both Omaha and Georgia before returning to Iowa in 2018. She has experience coaching age levels from 11-18 and what she enjoys most about coaching is seeing the girls grow as people through the game of volleyball. 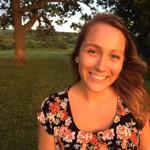 BIO: Maddy graduated from Urbandale High School, played club ball, and went on to play at Iowa Central. For two seasons she played as a Libero and Defensive specialist. While playing college she helped coach the AUU team NCIS for two seasons, and now is the Assistant Coach at Ballard High School.

BIO:  Coach Steinbach is our 13 Black Head coach and is entering his 2nd season with the club.  Mark has been the Roosevelt HS Head coach for many years.

BIO:  Andrea is entering her 2nd season with IPVA and will be our 13 Black Assistant Coach.  She has been a long time assistant at Roosevelt HS.

BIO:  Morgyn is an IPVA alumnus graduating in 2015 and continued her playing career at Western Illinois.  Morgyn is entering her 2nd season with IPVA and will be our 17 Black assistant Coach.

BIO: Allison graduated from Johnston High School and went on to play at Mount Mercy University. She played there for one season and had to have a shoulder surgery which kept her from playing another season. In the duration of her career she played on both pins as well as a middle blocker. After leaving Mount Mercy Allison decided to start her coaching career. This will be her second season coaching.

Bio:Lauren went to Ankeny Centennial where she was a middle blocker. There she won two state titles and then went on to play at DMACC. While at DMACC she earned player of the week accolades and was a Honorable mention All American. Lauren also played for IPVA in her club year during high school. She will graduate ISU with her finance degree in December 2019.

BIO: Meghan attended Pleasant Valley High School and graduated in 2017. She started her volleyball career as an outside hitter, but eventually transitioned to libero after her first high school season. She earned all-conference and all-metro honors her junior and senior years in 2015 and 2016. Meghan also played club volleyball for Platform Elite based in Davenport, Iowa. Her team earned a bid to nationals her final club season in 2016. She decided to end her volleyball career after her senior high school season and went on to assist in coaching for Platform Elite the following club season. This will be her first year as a coach for IPVA. She’s currently in her third year at Drake University on the pre-nursing track and hopes to become a nurse practitioner someday.

BIO: Liv grew up in Rochester, Minnesota where she played HS volleyball.  She then went on to play at NIACC in Mason City before transferring to Southwestern Christian University in Oklahoma City.  She earned a bachelors in Human Services and currently works with mental health students in Des Moines.